Just recently, I came across a very interesting article about how ‘Overthinkers are actually creative geniuses’! *win*. As lame as it may sound, it gave me enough guts to revisit this long impending article and finally that the creative genius in me (pun intended) will finish it off. (It started off as something else and is now something completely different – such is the power of Overthinking)

Having entered the not-so-better part of my 20’s, I’ve had a number of revelations about myself – Who I really am, what I’d want to be, who are the people I’d want to be around. To be honest, a lot has been going on in the already overthinking mind. And oh boy, there is so much more to (over) think about! At the onset, let me make the premise clear – I’m just trying to understand why does one overthink? Where does this come from? It essentially comes from a very simple human trait – to make people happy.

This article is one which most definitely needs the typical Bollywood references, I love to write on. This one happens to be one of my favourite ones too. Siddharth Malhotra’s character Nikhil from Hasee toh Phasee demonstrates exactly what goes on in an overthinking brain. In an instant you might ridicule the example but read through this and you’ll know why he almost epitomizes an overthinker (my species of overthinker) 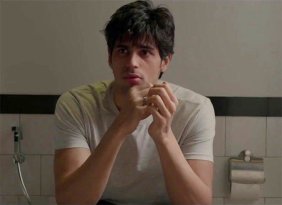 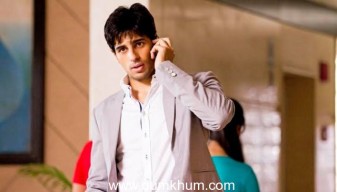 Nikhil is born in a home where everyone is an over achiever by normal standards, and he sticks out because he’s an under performer. In a family of Retired Officers and Government Officers, he’s an event manager trying to make it big. Just when you begin to imagine the pressures, you figure out he’s survived a 7 year long relationship (a lot of wear & tear) with a television starlet – Adah Sharma’s Karishma. Just when you’re feeling bad for the chap, you realize that they’re set to get married in a week’s time. And there’s only but one condition for the alliance. That Nikhil should have 5 Cr in his account before the wedding. No No. It’s not dowry the other way around. It’s for a ‘secured’ future.

(A little insight into Karishma’s family, a hardcore gujju ghar with an empire set on a Saree Shop operating in the mecca of shopping in Mumbai – Bhuleshwar. The family has 4 daughters (that’s the count I got on watching the film the 5 times I did) and Karishma happens to be the fourth with a fifth sister (Parineeti’s Meeta) who’s absconding since 7 years with no mention whatsoever. The Gujju family is not keen on the alliance to go through as Karishma’s father is unsure about Nikhil’s future. In one scene, the father taunts him on how his daughter is the one who’s going to be running the house)

Coming back to Nikhil, he’s constantly being treated as someone who is incapable of handling almost anything. His girlfriend-now-fiancé almost often just ‘uses’ him when she wants to get something done – including trying to hide her own sister without actually telling him who & why. Even when he tries to do his best with organizing a special surprise for her. She flips out on seeing her sister and almost abandons him on coming back late. Like, who gives work to someone and complains about the same being a hindrance?! You’re right. That’s what girlfriends do (including me). Her father almost writes him off comparing him to his other son-in-laws who are good-for-nothing and have been breeding on his money. But Nikhil is calm all this while – handling his family, her sister, her family, her mood everything that has to do with ‘her’ happiness almost forgetting what he wants. And mind you – Karishma is not only a television starlet for namesake, she actually believes in the drama & dhamkibaazi. She constantly keeps telling Nikhil that she’d break-up with him, almost every two months if he doesn’t do something the way she wants. And Nikhil always ends up doing it the way she want it. 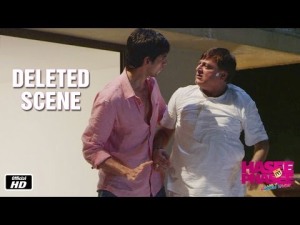 Why would you do this?

Now you’d ask why? Because he doesn’t want to be the one who breaks up with people. He’s someone who wants to be good, one who adjusts. Because he believes that “Break-up karna easy hai, relation maintain karna difficult”. He never wants to be the one who hurts people even if it means being hurt himself. He’s ready to sacrifice his own love only to sustain a relationship which he’s in only because it was 7 years that they’d been in it.

The philosophy with which overthinkers live is that if you work through it, everything is possible. Nothing is impossible. On the surface, they may come across as calm and naïve but there’s a lot more going on in their minds. The inner chaos is what puts them apart from the rest. These are the silent ones who come up with the bizzare-st ideas with an execution & contingency plans in place. That’s the kind of thinking that one entails.

Where does the overthinking picture?

His overthinking stems at every minute he picks a side. He wants to become an IPS officer but is doing Events as there’s immense pressure on him to live up to the high standards set upon him by his family. This is how most overthinkers give up on their dreams thinking of how it may land wrong.

He was going through a wedding he didn’t want to be a part of. Because he didn’t want to hurt anyone but himself, he was ready to let go off his love to stay true his commitment. That’s how overthinkers are – words are more important than feelings, always. Once something has been committed – it has to be done. There’s no other way ever.

Overthinkers are basically people who think about a situation in 10,000 possible ways and routes of how anything as basic as your morning tea could go wrong. But that also makes them impeccable when it comes to their work. They would never settle for anything substandard – they would always strive & keep striving to make something better than its current form.

Taking from the movie, these species need a wild disruption to listen to their heart. Nikhil needed a Meeta to let hi, hear his own heart and follow it. For me the disruption was a TEDtalk a friend shared which prompted me to share my thoughts. But only if I got enough disruptions in the other walks of my life.

Obviously, it’s taken me a long time – writing, rewriting – editing, re-editing before I’m publishing this. 😉 And believe me, I still think this could make much more sense than this.

P.S.: I love this movie for a lot of other things but for now, the best is what you read. 🙂